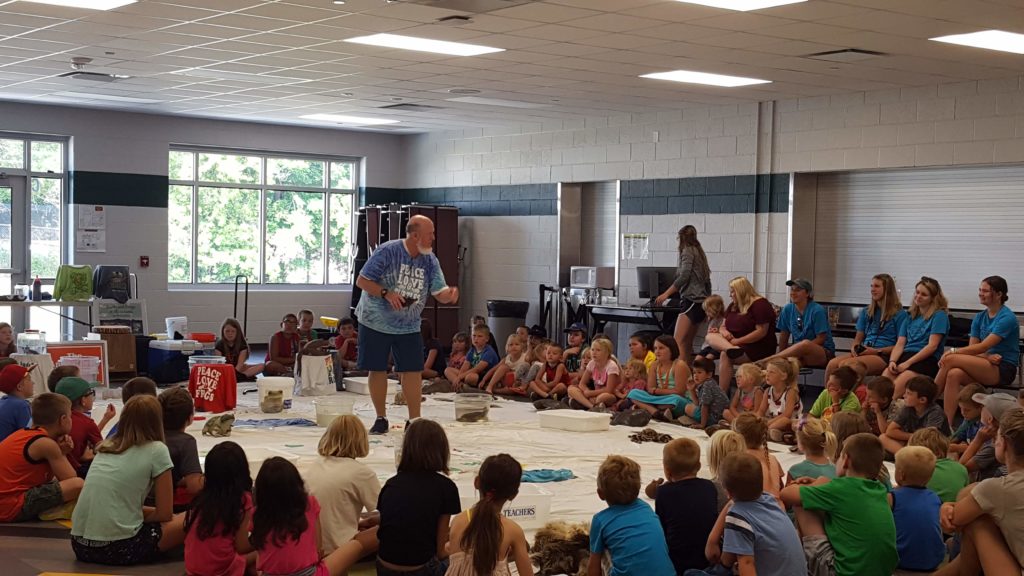 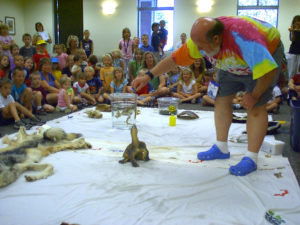 He is that guy with the gray beard and bald head who happens to be a Wisconsin Association for Environmental Education Teacher of the Year and an “Aldo Leopold” award winner. The Northshore United Educators (WEAC) honored David for educational excellence.

David has received the Master Front-line Interpreter award from the National Association for Interpretation. He sings and engages audiences of all ages in nature study.

Using live creatures and animal artifacts, songs and short stories, David gets down with his audiences, and makes learning fun. 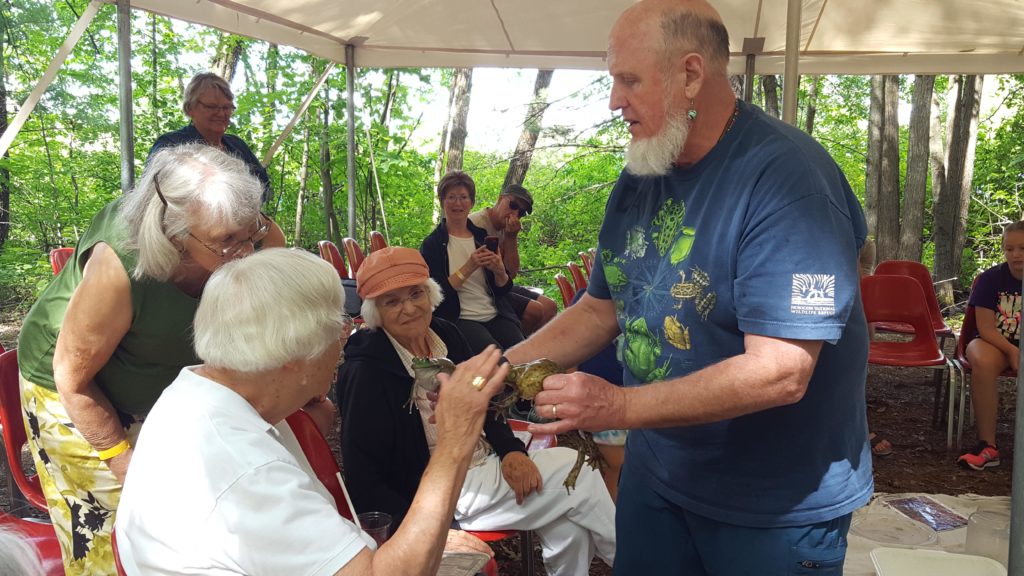 David has a solid educational background in the natural sciences, holding an Masters of Science in Conservation Education from Michigan State University. He has been creating exciting learning situations since 1974.

A four-year-old girl asked her mother once, "Mommy, is David Stokes still a kid?"
A principal in central WI once described David Stokes as "Jack Hanna meets Robin Williams